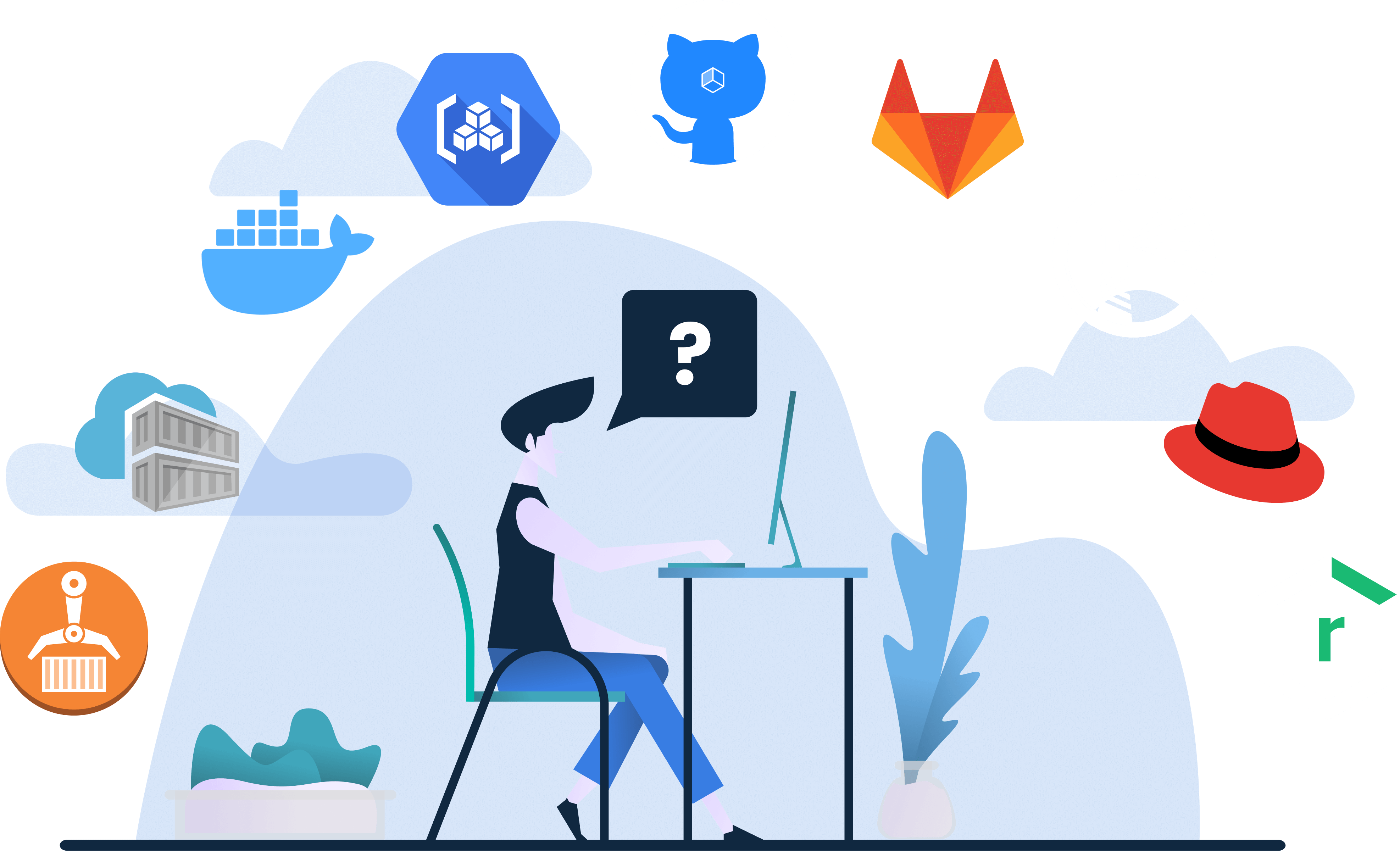 The invention of the open-source Docker Engine in 2013 resulted in containerization being one of the first steps towards modernizing the process of developing cloud applications. Before the invention of the Docker Engine, you had to configure applications for a specific computer/hardware. The downside of this approach was that it could be time-consuming to move an application from one server to another if the need arose.

‍
In this article, we outline the core features you need to know to help you choose the right container registry for your software development needs.

What is a Container Registry?

How Do I Choose the Right Container Registry?

The market is not short of options when it comes to choosing a container registry,  which can make choosing one a difficult task. But, before you set out to pick one, the core questions you need to consider beforehand are:

If you decide to migrate from one container to another, the task is relatively easy in case you change your mind.

Amazon’s ECR can be configured to support private and public Docker registries. These registries can be used with AWS IAM to control users' access levels, services, and applications. Essentially, you can define which users have access to the protected container images.

AWS ECR also comes equipped with vulnerability image scanning, making it an essential feature for DevSecOps. This is because it uses the Common Vulnerabilities and Exposures (CVEs) database from Clair to assess the severity of issues found. Another great feature of AWS ECR is the Immutable Image tags. When enabled, this feature ensures that no one can override an image once it has been pushed to the container registry.

Microsoft’s Azure Container Registry  is based on Docker Registry 2.0, where authentication is managed by Azure RBAC. Azure’s container registry comes with features that most competitors are not offering yet, such as;

It is important to note that content trust is based on a concept created by Docker in that it allows you to sign images that you push to your Azure Container Registry.

Essentially, applications/users that may use your image can configure their clients to only pull signed images. Meanwhile,  the Docker client can verify the integrity of the image so they can be assured the image has been published by you and has not been modified after it was published. Other than hosting Docker container images, the Azure Container Registry supports OCI Images, OCI Artifacts, and Helm charts.

When it comes to pricing information, Microsoft plays it differently as it uses a tier system, for more information, visit: https://azure.microsoft.com/en-us/pricing/details/container-registry/

Docker Hub is probably the most popular container registry as it is the default Docker Repository. It functions as a marketplace for public container images which makes it the best choice if you decide to publicly distribute an image. Interestingly,  Docker Hub’s free option was very attractive for a while until some users started to abuse it to mine cryptocurrencies with the auto-build feature.

As a result, they set some limits on Docker’s pull/push image and a rethink of how they monetize Docker Hub. You can read more about the changes to the rate limits in this article, and the shift to Docker Hub auto builds here. One way to avoid Docker’s pull image rate limit is by using a caching proxy.  You can find more information about how to do it here.

In terms of pricing, the tier system allows you to unlock some specific features with a paid plan. However,  the overall cost won't be as effective as using some of the other solutions such as AWS ECR or Microsoft’s Azure Container Registry.

To learn more about Docker Hub’s pricing, check out their website here:

In May 2019, GitHub launched its package registry solution. Owing to the success of this package registry solution, they released support for container images in September 2020, first as a beta option. A notable aspect of GitHub’s container registry is the fact that it offers a seamless experience, especially for developers. Basically, authentication is managed with a personal access token, and that's all you need.

Another option is using a  public repository, although in this case,  you need your users to authenticate with a GitHub user account. Overall, GitHub Packages is certainly not the container registry packed with the most features.  However, its pricing is competitive if you intend to use GitHub Actions because you don’t get charged for ingress. Here’s a more detailed look at GitHub Packages’ features and pricing;

GitLab has its own container registry that’s free to use and supports Docker container images as well as Helm Chart (still in beta). It can be self-hosted if you use the self-hosted version of GitLab or cloud-based through GitLab.com. One of GitLab Container Registry’s great features is its cleanup policy that removes tags matching a certain regex pattern.

Alternatively, you can try their Package Registry which is also free and supports Composer, Conan, Generic, Maven, npm, NuGet, PyPI, and RubyGem. Without a doubt, it is a great option to consider if you already use GitLab for your project repository.

Primarily, GAR can be easily integrated with CI/CD pipelines to streamline the build and deployment of containers. Additionally, it also provides a scan for vulnerabilities in images that you can manually enable.

Created in 2014 and switched to an open-source model in 2016, Harbor is surely one of the most successful open-source projects by VMware. Harbor is a container registry that needs to be installed, configured, and managed by the user. Easy to deploy with its Docker container, you can use it with any Linux distribution that supports Docker. Note that you can also deploy Harbor with a Helm Chart on your Kubernetes Cluster.

Overall, it is a solid option to consider if you plan on hosting your container registry.

Originally created in 2012, Quay has seen major changes in the past few years. Firstly, this container registry was purchased by CoreOS in 2014, and later by RedHat in 2018.

It can be quite confusing to understand the difference between Quay, Project Quay, or Red Hat Quay. Here’s a brief look at what each one entails:

You can find the pricing details for Red Hat Quay.io here: https://quay.io/plans/

Similar to Harbor, Nexus Repository is another self-hosted container registry solution that supports other language packages as well. Sonatype has a Docker image that allows you to deploy it easily in your infrastructure. This container registry offers a pro version of its Nexus Repository which offers a few extra features. You can read about it here: https://www.sonatype.com/products/repository-oss-vs-pro-features

This can be a good option to choose if you are hoping to self-host a package/container registry, since it provides rich documentation that will cover many many scenarios; https://help.sonatype.com/repomanager3

All in all, the key factor you need to consider is Network-close deployment since it is critical to minimizing cost and latency when using a container registry.

Preferably, we always advise our clients to use the container registry offered by their cloud provider. For instance, if your infrastructure is entirely based on AWS, we will advise you to use AWS ECR.

This is due to the fact, all cloud resources share a common authentication model and images will be pulled quicker as they won't need to travel long distances from different cloud providers.

How to Integrate Infracost with Terraform Cloud‍