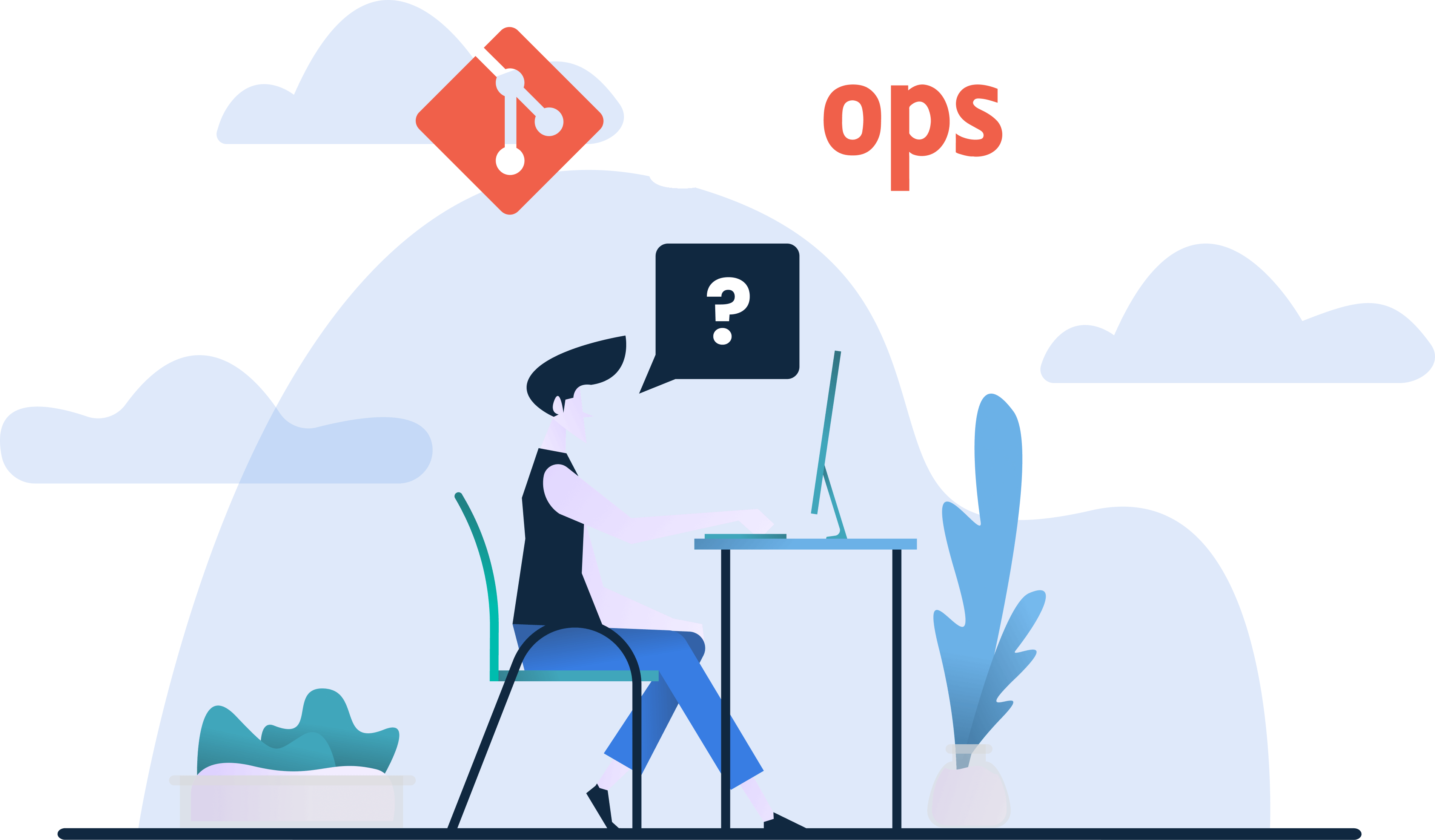 Solutions that assist teams and companies in speeding up the process of continuous deployment in cloud environments are constantly improving as DevOps continues to gain more popularity.  One of the tools that DevOps veterans and novice professionals all know and trust that is behind the growth of DevOps is Git.

Essentially, since 2017 when the GitOps movement to manage Kubernetes clusters began, there has been a considerable push for automation of software development. It reduces human error, improves the reliability of software deployment pipelines', and empowers DevOps folks to deploy more, gather better analytical data, and correct errors faster.

There is no doubt that when managing infrastructures, it's essential to use tools to allow infrastructure definitions to be handled in the same way as their source files. This is where GitOps principles and flexibility are very resourceful. But, GitOps on its own is not enough to make infrastructure management as powerful as most DevOps professionals need. This is where tools such as Terraform, FluxCD, and ArgoCD assist teams and companies with automating, managing, and organizing the deployment process.

In this article, we explain what is GitOps, its benefits, and the continuous deployment tools you can use to streamline your projects when using the Git repository.

The Git repository contains the entire state of the system, which means developers can see and audit any trail of changes to the system’s state. For this reason, GitOps is absolutely crucial for those working within DevOps as quick error recovery can be the difference between substantial margin losses or a successful launch of an application.

In most cases, after deployment, the team is often in a state of alert and monitoring for any possible occurrences. Proper usage of GitOps means that DevOps professionals can revert a bad deployment quickly with the simple use of the git revert command, returning to a previously working branch.

DevOps refers to the software and app development process focused on replacing the ‘silo mentality.’ It encourages teams to collaborate to deliver new features more quickly, deploy more frequently, and solve potential issues faster in case of failure. In contrast, GitOps is an operational setup that adopts DevOps’ best practices to manage infrastructure and configurations using the Git repository.

Deploying with the assistance of fully automatic software delivery pipelines ensures that changes made on your Git are reflected in production simultaneously. This aspect shortens the building process and increases deployment speed. However, there's more to GitOps than deployment speed.

Since GitOps is used to compare the state of files and the changes between the development branch and production, when any cluster doesn't match your Git, it will inform the pieces of code that no longer match the live version of your application. This makes it easier to identify:

In  Kubernetes GitOps, it's much easier to track down changes that may have caused issues, as Git provides you with a comprehensible log of every cluster change made outside of Kubernetes. Using this log, you can audit changes and find which developer pushed what change, when, and what cluster has been changed and ensure that corrections are made. This aspect guarantees the systems’ stability.

Reliability is another powerful quality when using Git. DevOps professionals can quickly deploy, roll back, and even fork any changes. These features are beneficial when trying to reproduce bugs or producing stable rollbacks. GitOps allows DevOps engineers to have a reliable source of truth that can be checked at any point to quickly recover the entirety of a system to a previous version even after catastrophic failures. Furthermore, it allows recovery to be painless and happens in minutes instead of several hours of hardship, which may pose risks of losing meaningful progress in development or, worse, losing data.

Productivity is also greatly enhanced when using GitOps, as the continuous automation of deployment and a method of feedback control significantly shorten the average time to deploy changes. Primarily, it ensures that small but significant changes get pushed and tested instead of waiting for an entire build to be shipped to test and monitor changes. This automation encourages developers to make smaller, efficient, and cleaner changes, translating to a much larger development output and overall quicker project production.

There are many effective deployment tools, such as ArgoCD, FluxCD, and Terraform, each of which has its unique strengths. So, let’s take a quick overview of how each tool can help a DevOps professional use these tools to make a project as efficient as possible using GitOps practices.

If you want to dive deeper into the GitOps tools we've mentioned here, we have prepared articles on Terraform, FluxCD, and ArgoCD to help you better understand and choose the tools for your project. Keep your eyes peeled for our upcoming blog posts.

ArgoCD gives you a continuous deployment tool that facilitates quick and consistent ability to roll back the entire infrastructure, enabling the use of GitOps best practices. ArgoCD is used together with Kubernetes to speed up deployment by automating the whole process and constantly checking if the "source of truth" always matches the contents of the working Git repository. Following these practices allows a DevOps professional to;

Additionally, ArgoCD makes monitoring a system easier due to its intuitive UI, built-in web interface, and API server giving stats on the application in real-time. It also comes with a command-line interface (CLI) that assists with implementing CI (Continuous Integration) pipelines.

‍FluxCD shares the basic functionality with ArgoCD when it comes to a directory. Both FluxCD and ArgoCD can connect to the project's Git and sync Kubernetes clusters. However, FluxCD only works one repository per instance of Flux operator. Thankfully the team that maintains FluxCD recently came up with version 2, which now allows you to work with multiple repositories.

Flux CD is friendly for GitOps developers already familiar with Git since it works with pull requests instead of clusters. It makes working with it as simple as checking the project Git history for changes, checking the changes made, and fixing any issue caused in production with a pull request that then gets reflected into the live version.

FluxCD may lack a Web UI when compared to ArgoCD, but it makes up for it when it comes to deploying and maintaining helm charts. Flux helm operator comes with an extension that will speed up and automate helm chart releases when using Flux. This works by having the Flux Agent (fluxd) sync the contents of a Git cluster. Meanwhile, the Flux helm operator ensures that your helm charts are released as specified.

GitOps Infrastructure as Code with Terraform

Terraform allows you to define the infrastructure quickly and reliably, and in the process, saves the whole infrastructure in both configuration and code. It also makes it easy to change, track, and rebuild any part of the infrastructure reasonably and efficiently. Terraform has the advantage of being platform agnostic and supporting many services and cloud providers. All the major ones, such as AWS, GCP, and Azure, are covered, although some smaller providers are not supported yet.

Terraform is especially useful for companies and professionals using multiple cloud service providers at once due to its cross-provider support. This capability makes communication between different cloud providers quick and easy. Working with Infrastructure as Code (IaC) means that Terraform automates the entirety of the cloud infrastructure, such as volumes, IPs, networking, applications, and instances that can be quickly defined using it.

GitOps practices and paradigms will allow DevOps professionals and companies to deploy more often, correct errors even after meltdowns, keep detailed and comprehensible logs to help squash any bugs. All in all, the market has a variety of tools to use with GitOps practices.

How to Integrate Infracost with Terraform Cloud