What is DevSecOps: Top 5 Automation Tools for CI Pipelines 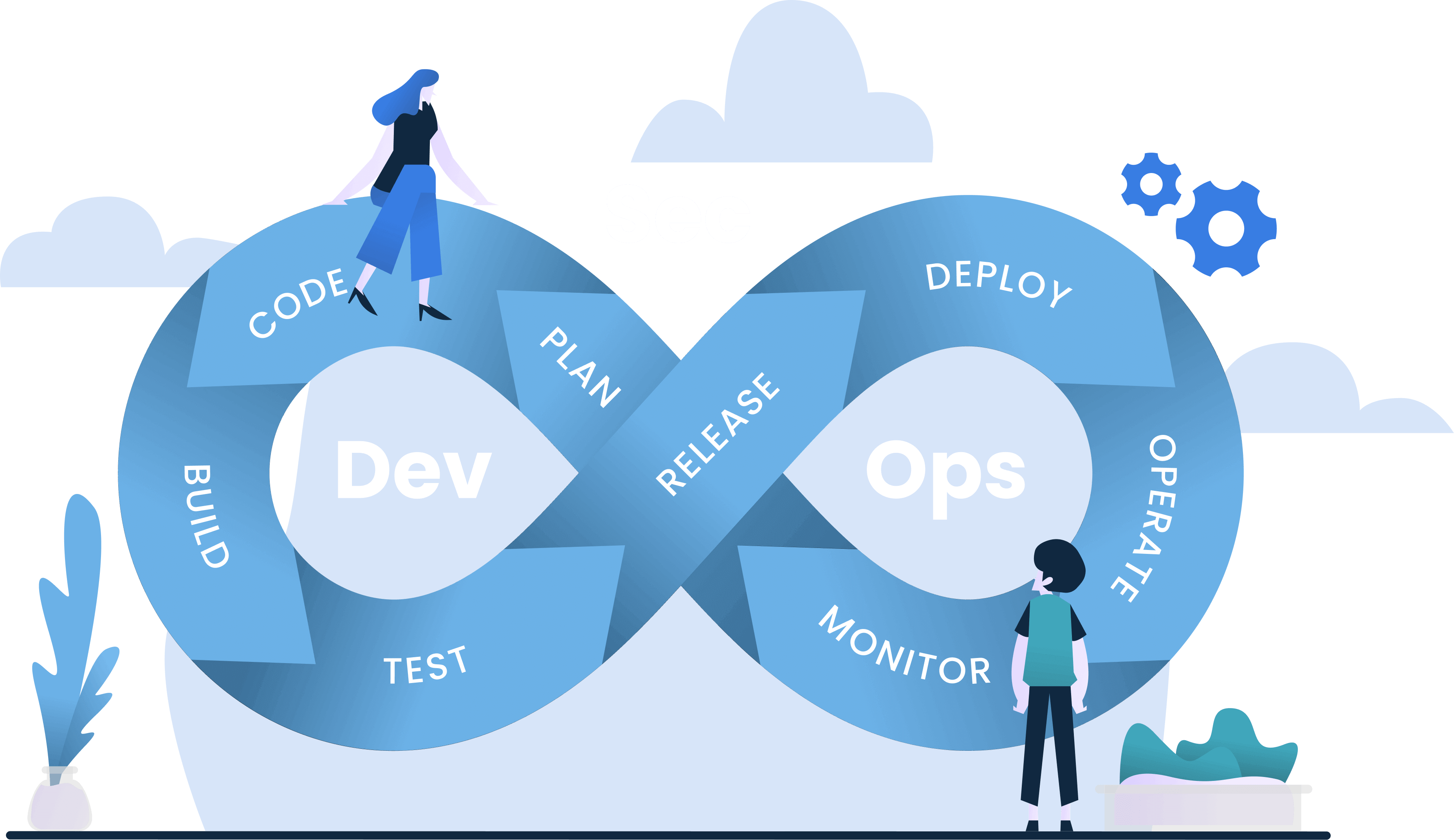 DevOps and Agile methodologies have transformed how applications and software are developed, built, and iterated on. Essentially, DevOps empowered Developers and IT Operations teams to develop, fix bugs, release features, and deliver builds at record speeds. Consequently, software development teams became more efficient, going from a few builds a week to teams now reaching upwards to three digits in the same amount of time.

However, the improvement in delivery speeds was met with a key challenge. Every build needed to be tested, checked for vulnerabilities, and then fixed. Furthermore, in most cases, by the time the QA and Security experts were done with a build, there were several new builds with many changes and vulnerabilities, as well as security issues. This challenge led to the development of DevSecOps pipelines out of a necessity to eliminate the bottleneck generated by security and QA checks to applications before they reach production.

A simplified definition of DevSecOps describes it as the practice that includes security decisions and actions at every step of the software development process to ensure early detection of mistakes, flaws, and vulnerabilities. Since DevSecOps is less time-intensive to deal with, easy to fix, and considerably cheap to implement, its importance has been growing steadily.

Another key aspect about DevSecOps is that it trains better professionals because the responsibility for security no longer lies on a small security team and a QA department. Instead, now both IT Operations professionals and Developers are not only directly involved but also responsible for the best security practices. What this means is that the security team works to educate the software developers and serve as consultants, rather than being a bottleneck in the software development process.

DevSecOps vs DevOps: What is the Difference?

DevOps is a practice that allows originally isolated roles such as development, IT operations, quality engineering, and security, to coordinate and collaborate to produce better, more reliable applications and software solutions. In contrast, DevSecOps refers to the end-to-end integration of security foundations in the collaborative framework of DevOps.

Automation is at the heart of the DevSecOps approach to development, source control, planning, code review, building, testing, and auditioning. Primarily, all of these stages must have a layer of automated security checks before the product gets to the consumer.

With that in mind, here are some of the top DevSecOps tools that engineers applying this methodology use daily to streamline security and compliance on CI pipelines.

As a DevSecOps tool, Trivy is fast, flexible, and will cross-reference with vulnerability databases in seconds (quick scans). Furthermore, It supports many OS packages, can scan repositories, filesystems, and is easy to implement in CI such as;

Needless to say, Trivy is renowned for its high accuracy.

If you're curious about it and want to dive deeper into what makes Trivy great, we are finalizing an article going into detail on how to integrate it with a GitLabCI pipeline. Keep an eye on our upcoming blog posts.

Gerrit is another DevSecOps tool that works directly in the team's workflow, allowing every merge and commit to be reviewed or tested for vulnerabilities. Gerrit helps teams communicate better by highlighting issues and allowing notes and comments to specific code sections.

You can also build your own plugin or enjoy the many plugins the community has made to enhance the Gerrit code auditioning. Some of the plugins being constantly updated and created by the community daily include;

OWASP comes in the build phase of DevSecOps, automatically checking against the build output artifact. OWASP will scan the databases for all known vulnerabilities in the dependencies used during the project's build process.

Developers will often use established dependencies released by others to build their applications. Sometimes they may contain faulty code from dangerous sources. Often the developers of said dependencies aren't aware of these issues, which opens your application for potential attacks when using them. OWASP scans all reports on such dependencies, pointing out flaws and vulnerabilities, and recommending possible fixes for them.

DevSecOps Tools at the testing phase of the development process aim to put the application in a live workflow, testing auth, API endpoints, SQL injection, and user-related application flow. Arachni is a powerful open-source project that can multi-scan web test’s scripted audits (with Ruby), all while being simple to integrate into CI/CD.

Arachni supports Mac OS X, Microsoft Windows, and Linux, allowing it to be used on cloud servers with ease. Deploying with Arachni is easy due to its Ruby library, which allows complex scripted scans to be executed. It is also able to perform quick scans using the command-line interface. Installing it is as simple as downloading and extracting a package, at which point it's ready to run tests.

After an application goes through the entirety of the development and security verification process, it must pass one last series of tests before production. These tests aim to check stability, vulnerability, and errors that can only happen in the live production environment. Essentially, some of the points Falco tests for inconsistencies include:

Since this DevSecOps tool comes at the last step of development, it comes with instant alerts to policy violations, highly configurable rules engines that will accommodate the needs of any team or application. As such, the creators pride themselves on shipping a ready-to-run product. It has strong default configurations that will give you a solid starting point even with little interaction.

With DevSecOps, the aim is to maintain the speed of development provided by the DevOps model while improving security. A team of DevSecOps Engineers will deliver higher quality code faster, catch flaws earlier, avoid higher costs, fix issues where they're simple to deal with, and are cheaper to implement.

Before creating and implementing DevSecOps, code was written, iterated, changed, and only after a build was ready. The problem is that this approach leads to extensive delays in production as the auditioning process could take from a few days to upwards of two weeks for each set of changes in a build. This would slow even the fastest DevSecOps Engineers to a crawl.

This process is not only time-intensive but also incredibly expensive. The market accelerated IT companies needed a way to streamline this process and cut the huge cost of security in final builds.

This need led to the emergence of the DevSecOps concept. By introducing security at every step of development and making everyone responsible for the security and compliance of an application, companies could produce a secure environment where DevOps’ rapid delivery was possible while upholding security standards and best practices.

DevSecOps, also referred to as “Shift Left DevOps” takes security to the next level by introducing security at the beginning of the development cycle, adding automated checks, finding vulnerable dependencies, and pointing out faulty code.  The security team that previously was a bottleneck now educates developers enabling every developer to review their own code before pushing it.

Once this check is done, the code still gets reviewed by a smaller security team, scanned for vulnerabilities, and tested using the latest Security as Code definitions configured by the security team. This means that issues are found much earlier in development, before several layers of code and dependencies have been introduced into the code. As a result, it is effectively faster to fix errors, which also translates to an incredibly cheaper process.

Teams that have adopted DevSecOps can recover from catastrophic failures quicker. This is especially important for businesses that work with high-value, high-risk data, such as banks and e-commerce stores, where catching and patching a vulnerability will not only save a lot of money but also protect customer data.

Attacks, ransomware, malware, and other threats are more prominent than ever. With the growth in attacks, security in applications has never been so important. This issue will only become worse with time, and this is why adopting DevSecOps is so essential. By implementing automated security measures and configurations during the development process, safer, better, and more reliable applications are produced.

As technology evolves, development becomes faster, and methodologies help teams attain goals faster, but speed must come paired with security for the best results. DevSecOps transforms the way teams work, educating every person involved in the process, training them to be ready to deal with continuous iteration, react promptly to issues, and fix them.

DevOps on AWS: Everything you Need to Know

Best Azure Certification Courses: The Top 16 You Need to Know