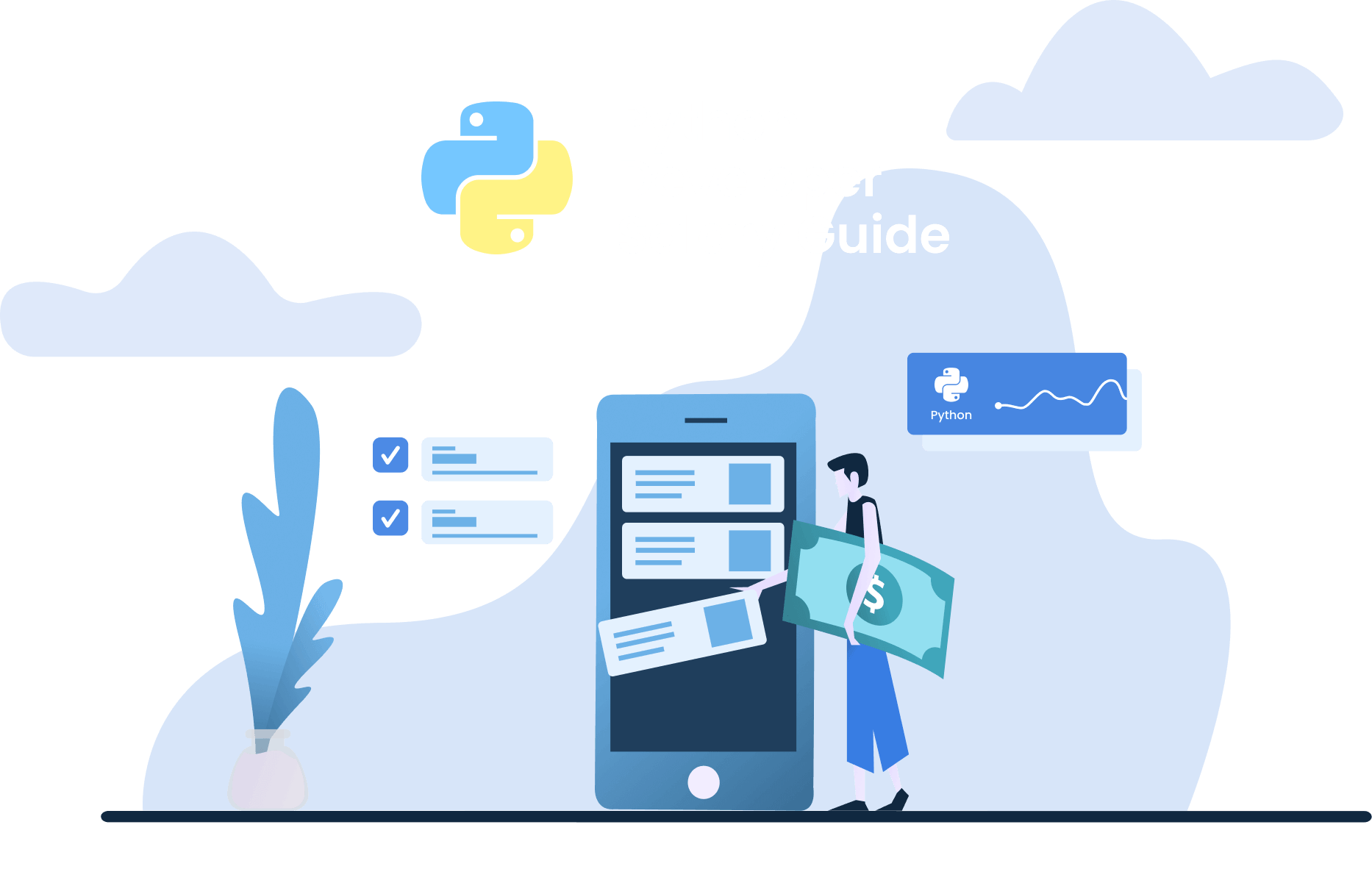 As the 3rd most used programming language behind Javascript (64.96%) and HTML/CSS (56.07%), it doesn’t come as a surprise that there is growing interest in Python developer salaries.  Essentially, 48.24% of developers cited Python as their most preferred programming language with SQL and Java completing the top 5 at 47.08% and 35.35% respectively. The increasing reliance on Artificial Intelligence, Machine Learning (ML), and Data Analysis (DA) by businesses to deliver digital solutions has in turn influenced Python’s recent growth in popularity. Python’s popularity means that the demand for Python developers is also growing, especially in the US.

Python is a computer programming language often used for software development, scripting, automating tasks, and carrying out data analysis. Since it is a general-purpose language that can be used to create a variety of programs and uses a simple syntax that is easy to understand,  it is one of the most-used programming languages today.

What Does a Python Developer Do?

The role of a Python developer involves writing reusable and efficient code, designing, deploying, as well as maintaining web applications, mainly on the back-end of development projects. Typically, a Python developer can work as a web developer, data analyst, or software engineer. Similar to other programming roles, a Python Developer's responsibilities may vary depending on your employer’s needs. This aspect boils down to the fact that knowledge of Python is useful in web development, machine learning, AI, data analysis. scientific computing, and academic research. Overall, Python Developers help businesses with designing and optimizing their technological frameworks. Netflix, Google, and Instagram are some of the renowned companies that rely on the work of Python developers to run their platforms.

Are Python Developers in Demand?

The demand for Python Developers in the US is growing because this programming language is well designed, which makes it easy to extend to meet specialized needs through the use of high-level libraries and frameworks. Furthermore, tech enterprises such as Google, Microsoft, and Meta that employ large scale AI and Machine Learning systems to power vital operations are using this language for their programming needs. Python’s extendability through advanced libraries such as Numpy and Pandas means these organizations are using Python to meet their needs. Apart from the advanced libraries it supports, Python can also work with frameworks such as Django and Flask, which are in high demand due to their ability to streamline efficiency in producing today’s highly complex website and web applications.

How do Python Developer Salaries Compare with Java Developers?

When it comes to comparing Java and Python Developer salaries, there are multiple factors that come into consideration. Some of these factors include;

What is the Average Python Developer Salary in the US?

Platforms such as ZipRecruiter, Glassdoor, PayScale, and Indeed can help you compare entry, mid-level, and senior Python Developer salaries in the US. To save you time, we have compiled all the data from these platforms to help you have all the information you need in one place.

According to ZipRecruiter, the Mid-level Python developer salary in the USA is around $113,006 annually as of January 19, 2023. This means that an hour of a Python programmer’s work costs around $54 per hour.

PayScale reports an average salary of $135,000 per year for senior Python Developers. Mid-level Python developers, on the other hand, average a much lower annual salary than the two previous sites, at $92,478 per year up from $75,981 in 2022. Finally, entry-level Python Developers report an average salary of around $68,000 per year on PayScale, which is also an increase from $54,000 in 2022.

Do Python Developers Get Salary Bonuses in the US?

It is important to note that people tend to confuse bonuses with commissions. A commission is a prefixed rate at which someone gets paid for items sold or deals completed while a bonus is in most cases arbitrary and unplanned. With that being said, Python Developers do get salary bonuses in the US, although this varies from one employer to another. Typically the bonuses can be;

The most standard form of bonus is where the employee is awarded based on their exceptional performance.

Occasionally, some companies like to celebrate excess earnings and profits with their staff collectively in the form of bonuses that are granted to everyone. The amount of the bonus will probably be different from person to person depending on their role within the organization.

Granted upon achieving an important goal or milestone.

These types of bonuses are given without a reason and usually resemble an appreciation token.

In this post, we’ve taken a broad look at the Python developer job market, comparing average salaries in the US based on experience level. If you’ve landed yourself a job interview, be sure to check out what you can expect to earn in your chosen industry at your experience level and in your location. As we have already highlighted, platforms such as Glassdoor, ZipRecruiter, PayScale, and Indeed can help give you a bird’s eye view of the prevailing market trends.

What is Kubecost: The Complete Guide

A Detailed Overview of the Top 11 AWS Certification Courses

Redux Toolkit with Typescript: How to Get Started